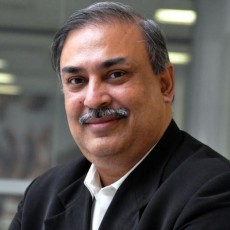 Sunil Sood, Chief Operating Officer of Vodafone India, has been appointed company’s new MD &CEO. He will replace outgoing Marten Pieters from April this year. Currently, Sood looks after the day-to-day operations at Vodafone. He also handles P&L management along with other new business development initiatives such as launch and expansion of mobile commerce activities.

Sood joined the company in 2000 when it functioned as Hutch. He held various positions there and executed company’s key operations in Gujarat, Kolkata and Chennai. He also worked for Pepsi and accomplished various national and international assignments during his tenure.

Sood’s academic credentials are quite impressive. He has done his graduation from IIT Delhi along with PGDM from IIM. He is also a graduate of the Harvard Business School Advanced Management Program. Vodafone, in its official statements, said that Pieters will remain on the Board of Vodafone India in a non-executive capacity .

DO NOT MISS:   Microsoft To Launch Windows Hello Biometric Sign-in For Windows10.

Follow Us
Latest posts by Sumant Singh (see all)
DO NOT MISS:   LinkedIn Peer Benchmarking Feature Announced For Premium Subscribers