The listing shows that device will have 6GB RAM and will be running on the Qualcomm Snapdragon 855 SoC, which is clocked at 1.78GHz. The listing pops that the Samsung S10 Lite runs on Android 9 Pie and may be powered by a Snapdragon SoC. 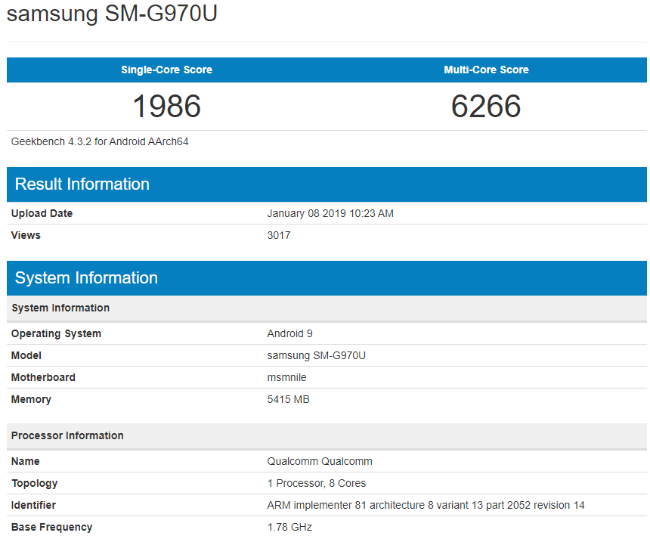 The renders on the Geekbench fuel the speculations that the phone most likely may debut on the Samsung Exynos 9820 SoC in India. Samsung is gearing up for launching its Galaxy S10 lineup. The line-up includes the phones like Samsung Galaxy S10, S10 Lite and a S10 Plus variant. Samsung Galaxy S10 Lite is said to be launched with a dual rear camera setup and an Infinity-O display with one punch-hole on the front for the camera. Moreover, the standard and the S10 Plus models could sport triple rear cameras, along with single and dual selfie cameras respectively.

It is also being said that phone may have a 5G variant as well with four cameras on the back. Tipsters recently made revelations about the three variants of Galaxy S10. They speculated via a series of tweets that S10 Lite could feature a 5.8-inch display and might have a 3100mAh battery on board.

Follow Us
Latest posts by Sumant Singh (see all)
DO NOT MISS:   Karbonn Launches Karbonn A91 Storm With Android 5.1 For Rs 2,899