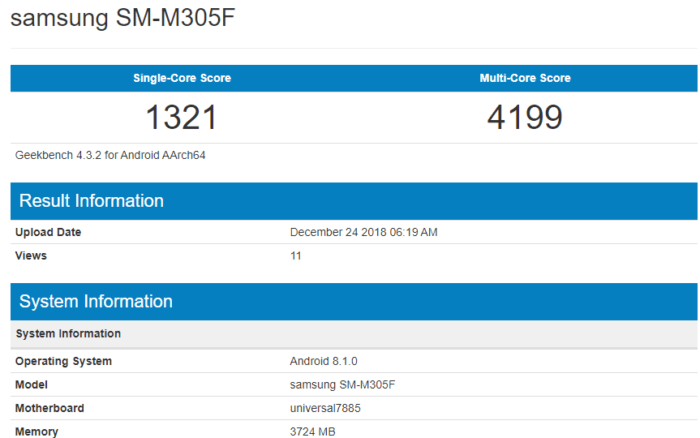 So, the next budget flagship from the Samsung would be Samsung Galaxy M30, we guess. It’s being said that the M30 will replace the Samsung On-series devices.

When see through the benchmarking, you can find that the Samsung Galaxy M30 features a universal7885 chipset which has powers the likes of the Galaxy A8/A8+ 2018 as well as the Galaxy A7 2019.

The leaks further suggest that Samsung Galaxy M30 may offer 4 GB RAM. The disappointing fact that listing shows is that the device would be launching with Android 8.1 Oreo aboard instead Android 9 Pie. 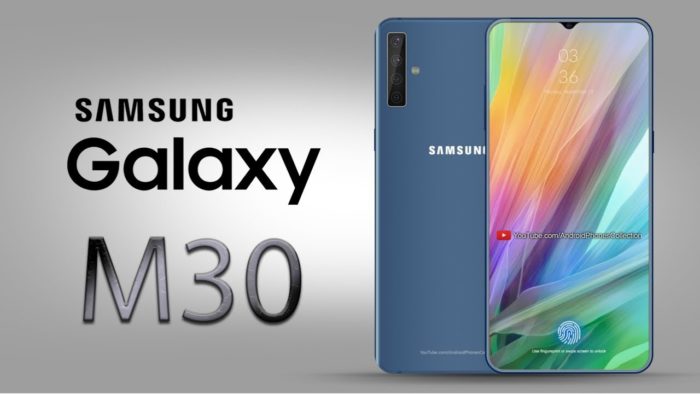 The Samsung Galaxy M30 may come with its base variant with 64 GB native storage, expandable up to 128 GB as well. The Geekbench listing says nothing about its RAM capacity.

The upcoming M series Samsung phones will replace Samsung’s budget lineup range J-series On-series. We don’t have any guesses so far about the M30 Pricing and Launch date. Being a budget segment phone, we think it could be in the price bracket of 20k.

Follow Us
Latest posts by Sumant Singh (see all)
DO NOT MISS:   Instagram Brings Save Feature for Android and iOs

6Shares
wpDiscuz
0
0
Would love your thoughts, please comment.x
()
x
| Reply
We use cookies to ensure that we give you the best experience on our website. If you continue to use this site we will assume that you are happy with it.Ok