Samsung has recently announced that its flagship device Samsung Galaxy J Prime would be updated with Android 7.0 Nougat update. As per reports, this is update is 1066.76 MB in size and should be allowed on WiFi connection.

However, you need to know that the phone has received the Android 7.0 Nougat update and not the latest Android 7.1.1 Nougat. Being an OTA update, it would be coming on your smartphone as a notification. If that doesn’t happen, you can manually download it by going in to your phone’s Settings > About phone> System updates> Check For update. 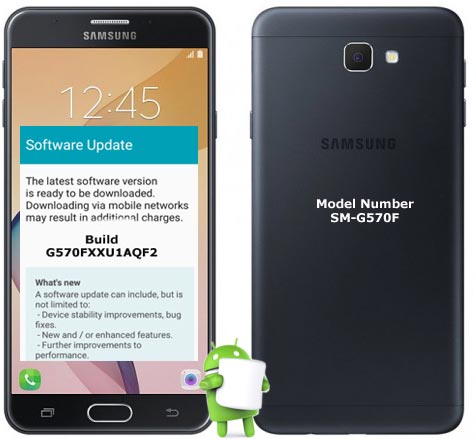 Users, who receive the update notification, need to press the download button given in the notification. Now press Restart and Install button. The phone will start to reboot and your update will be downloaded automatically.

DO NOT MISS:   Motorola Moto G4 Play To Be Launched On 6 September In India

Way back, Samsung had launched Samsung Galaxy J Prime with Android 6.0 Marshmallow and dual SIM support. The phone featured a 5-inch HD (720×1280 pixels) display, and 1.4GHz quad-core SoC paired with 2GB of RAM. The smartphone was launched at the price tag of Rs 14,790.

Follow Us
Latest posts by Sumant Singh (see all)
DO NOT MISS:   Apple 4-Inch iPhone Will Be Released In 2016