South Korean tech magnet Samsung has expanded Galaxy A series with a new entrant dubbed Samsung Galaxy A10s. Said to be an upgrade of the Samsung Galaxy A10, the phone features an Infinity-V Display and comes with dual rear camera setup.

In addition, the phone also sports features like depth detection and the ability to add artistic effect to images. 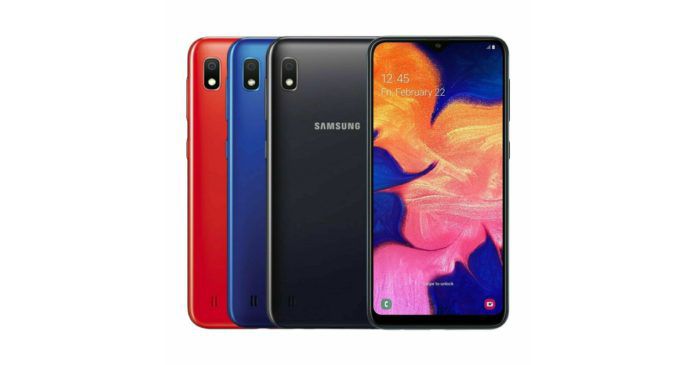 The company hasn’t made any statement on launch details and the price of the phone. However, the Samsung Global Newsroom has offered information about the phone in detail alongside mentioning its key specifications and features.

This Samsung handset is powered by an octa-core SoC and houses 2GB of RAM under the hood.

DO NOT MISS:   Micromax Bolt Supreme 4 Listed On Company Website, Features And Specifications

For selfies and high quality video recordings the phone offers an 8-megapixel selfie sensor at the front along with an f/2.0 lens.

Phone comes packed with 32GB of onboard native storage that is expandable up to  512 GB via microSD card. For connectivity options, you may have 4G LTE, Wi-Fi, Bluetooth, and GPS/ A-GPS on the phone.

The phone even comes with a rear-mounted fingerprint sensor. Phone is powered up by a massive 4000 mAh battery.

Follow Us
Latest posts by Sumant Singh (see all)
DO NOT MISS:   Samsung Galaxy S10 Lite Features Rendered on Geekbench

30Shares
wpDiscuz
0
0
Would love your thoughts, please comment.x
()
x
| Reply
We use cookies to ensure that we give you the best experience on our website. If you continue to use this site we will assume that you are happy with it.Ok