Samsung 5100 mAh Battery Pack Up For Sale in America

Said to be the mightier one among contemporary portal batteries, Samsung’s Fast Charge 5,100mAh portable battery pack is now available for purchase in America.

The Samsung 5100 mAh Battery Pack, priced at $60, was announced back in March, along with the Galaxy S8 and S8+. The power bank is capable of two full charging of a mobile phone. The battery is available in two color variants Silver and Navy Blue, and accompanies a carrying strap on the top. 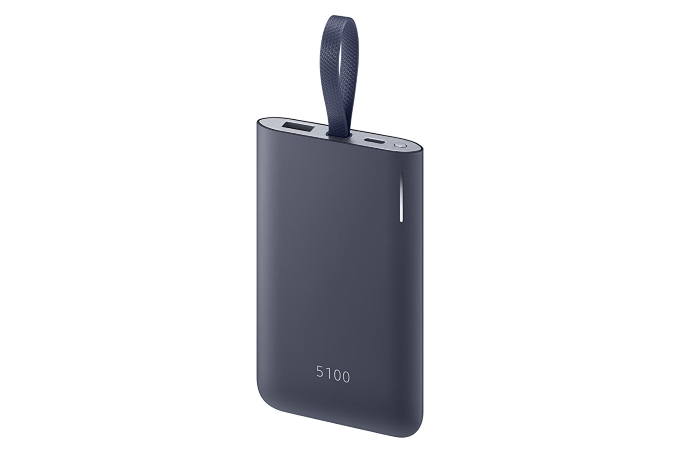 The Samsung 5100 mAh Battery Pack offers Fast Charge technology that you can find in all of Samsung’s high-end handsets launched after the Galaxy Note 4. Incompatible device are also charged at 2A speed.

The power bank comes packed with an USB output port and an USB-C adapter and microUSB cable. The Samsung 5100 mAh Battery Pack has an LED power indicator as well that shows battery charging status. Furthermore, the power ban also supports pass-through charging to allow users charge both the phone and the power bank simultaneously.