Many a times you come across a story(s) on Facebook that’s probably false or just a hoax. Remember, when the last time you got the news of a celebrity’s death on Facebook who was spotted at the red carpet.  Facebook, the noted social networking website has finally decided to put a lid on such rumors and fake news that’s being posted here on a regular basis. 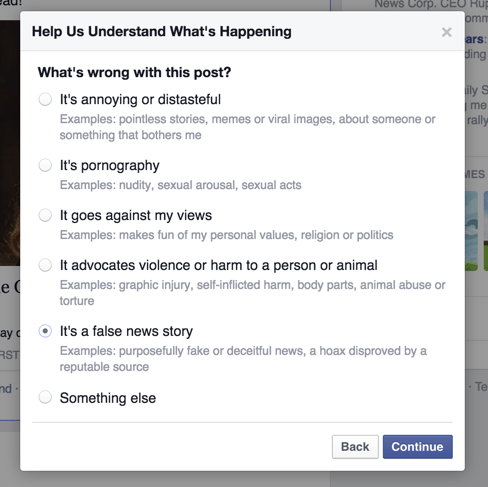 The Facebook Newsroom has reported today that a feature has been added to it to enable user flag a news fake or hoax. Now onwards, if you see something on Facebook that’s probably a false story or obvious hoax news, you can choose to report posts as a “false news story.”

If many people flag a news /story, it will appear less in the newsfeed. It will also show a warning that a number of users have reported the news as fake.

DO NOT MISS:   5 Trade Show Technologies for Small Businesses

The company said in a note that there are people who post fake news and remove it later when they get an idea that the news isn’t real. This new feature will curb the spread of such news stories on the Facebook.

Follow Us
DO NOT MISS:   The Most Expensive Domain Buyouts Ever Done in The History