After so much speculation and buzz around, Xiaomi has finally launched Redmi TV on Thursday. This is the first Redmi-branded smart TV to be launched in China. With the launch, the Chinese conglomerate aims at expanding its home entertainment portfolio. 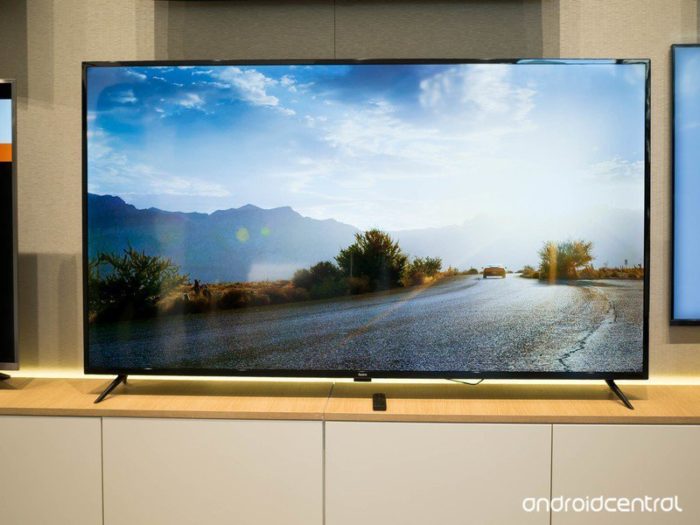 Xiaomi sources said that Redmi TV 70 will go on sale in China starting September 10. They also mention that pre-orders for the television set will open on August 29.

The Redmi TV 70 will be priced at CNY 3,799 (roughly Rs. 38,000). Xiaomi however hasn’t made any words on availability of the TV set in markets outside China.

On specifications front, Redmi TV sports a 70-inch 4K screen with HDR support. The TV flaunts an eye candy design with bare-minimum bezels. It can easily be wall- mounted or placed on tabletop.

DO NOT MISS:   Xiaomi Announces Mi Note, Its New Flagship Note Device At $370

The Redmi TV is powered by quad-core 64-bit Amlogic SoC at the core and runs on the company’s PatchWall platform. The TV has on board 2GB of RAM and 16GB of onboard storage. In addition, the Redmi TV offers full compatibility with various audio technologies such as Dolby Audio and DTS HD.

With the TV set, you will also a Bluetooth-powered voice remote. In China alone, Xiaomi has a lineup of as many as 22 smart TV models as a part of its Mi TV series. Stay tuned to know more on the launch of Redmi TV 70 in India and other international markets. We will keep you updated.

9Shares
wpDiscuz
0
0
Would love your thoughts, please comment.x
()
x
| Reply
We use cookies to ensure that we give you the best experience on our website. If you continue to use this site we will assume that you are happy with it.Ok