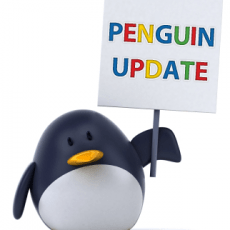 If you’re waiting for the next Google update to get recovered from Penguin penalty, Google confirms the buzz, probably.

Googler Gary Illyes said that the next Penguin update will be there by the year end and will be the real time version.

In July this year, Gary told that Penguin is month way and it’s almost here. Though, he didn’t announce a timeline, he indicated sooner rollout of this update.

Since it’s a real time Penguin algorithm, penalties would be quickly revoked as soon as Google spam links from a website are removed or disavowed. Similarly, if you’re found tricking spam linking for rankling advantages, you could end up with a Penguin penalty just as quickly.

DO NOT MISS:   Google Analytics To Introduce AdWords Integration For Mobile App Campaigns

DO NOT MISS:   Matt Cutts In War Mode With SEO Experts. Is SEO Really Dead?