Google has named Pune girl Anvita Prashant Telang the winner of the Doodle4Google content. Anvita is a sixth standard student from Vibgyor High School in Balewadi area. She was chosen for her Doodle created around the theme “If I could teach anyone anything, it would be”.  Her Doodle will be featured on the Google India homepage on November 14 to mark the children’s day celebration. 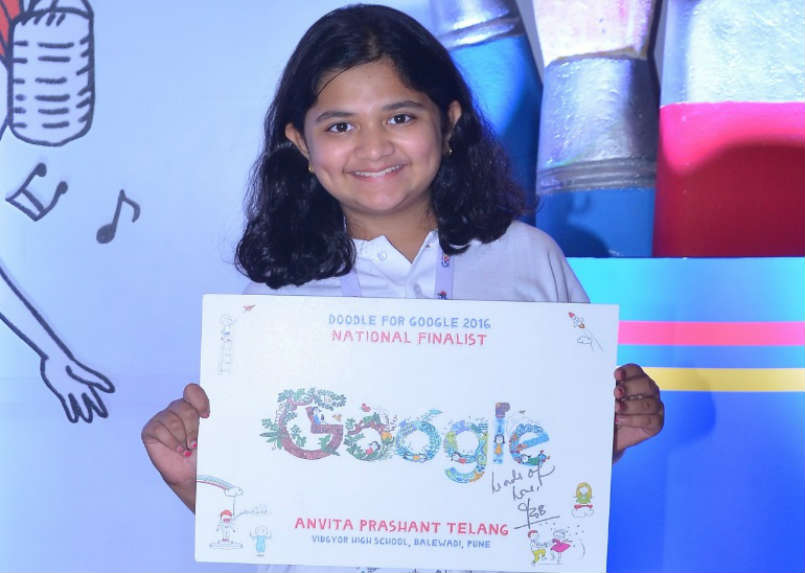 With ‘Doodle 4 Google’ competition, we aim to promote creativity, passion and imagination in younger users. We congratulate Anvita for being judged as the winner this year.

Sapna said that they received entries for the Google Doodle from over 50 cities across the country. A team evaluated these entries on artistic merit, creativity and theme communication as well as their unique and novel approach to the Doodle.