4 Ways to Protect Yourself from Losing a Fantasy Cricket Match 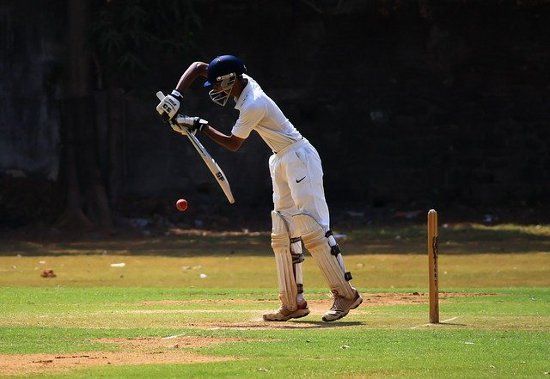 The craze of online gaming increased manifold since the pandemic-induced lockdown in 2020. Today, the overall increase in digital consumption has resulted in online gaming becoming a mainstream entertainment option.

In India, the online gaming segment is growing at a CAGR of 21% and will reach a market size of Rs. 29,000 crore by 2025. That’s according to a study released by KPMG.

Online gaming options are plenty, including your favorite board or card games like Ludo, Rummy, Call Break, and so on. Out of the many games available, 2021 will be dominated by fantasy sports, especially cricket.

If you’re wondering why fantasy cricket will break the Internet this year, the reason is simple. The IPL 2021 is slated to begin from September, and the venue for the matches has been shifted from the Indian soils to Dubai due to the raging COVID-19 restrictions.

Fantasy cricket allows cricket lovers to be a part of the thrill and excitement of the IPL while sitting in their homes. Even though virtual, you can be sure of experiencing the adrenaline rush of cheering from the stadium.

Cricket fans can sign up for fantasy cricket online to prepare themselves ahead of IPL. They can learn fantasy cricket tips and tricks to increase their chances of beating other online competitors and dominating the leaderboard. You must brush up on your cricket knowledge before managing your fantasy cricket team.

Protect Yourself from Losing a Fantasy Cricket Match: Tips

The game of fantasy cricket heavily relies on your wisdom about the game of cricket. Also, you must adequately study the weather conditions and pitch report before every match. If not IPL, you can participate in various ongoing tournaments and participate in cricket leagues of your choice.

Select your virtual cricket team after the selection of the playing 11 is announced.

A lot of people make the mistake of selecting their teams before the match begins. As a result, they aren’t aware of the final list of playing 11. It is a silly mistake and one that you should avoid at all costs.

Fantasy cricket matches are virtual, but the scores will be determined by the form and performance of your selected players on the ground. Fantasy cricket players get to create their virtual team by choosing from a pool of twenty-five to thirty players.

So, if you want to have an advantage over other participants, select players for your team after the playing 11 lists have been announced.

For this, you have to diligently follow cricket news and stay updated if any critical player did not make it to the team due to personal health issues, injury, or other reasons.

If you’re looking forward to being a part of the IPL fanfare through your mobile device, ensure to know about the list of retained and released players. Your virtual team will comprise retained players.

For increasing your chances, you can create multiple teams with a combination of players. Some of the core players can remain the same in all the teams, and you can shuffle the rest according to their performance.

A batter might be out of his form, but a bowler is always going to perform well. Every dot ball gives you points, and you can get brownie points with each wicket.

In addition, the chances of getting wickets increase if the bowler you’ve selected balls during death overs. Therefore, your chances of gaining more points also increase.

However, bowlers alone cannot make you win fantasy cricket matches. It would help if you had good cricketers. A top-order batsman in your team increases the chances of scoring for your team.

The problem for the fourth or fifth-down batsman is they might not get an opportunity to perform on the field. Therefore, it is not a risk to take when selecting players for your fantasy cricket team.

When a player is out of form, people feel disconnected and avoid picking him up for their teams. But, a player performing poorly in two or three matches means he has something to prove to himself and the world.

Moreover, such players are unpredictable and likely to come out as the hidden warrior in your team. Therefore, you can consider picking one such player for your team.

Choose all-rounders for your team.

Most people forget about all-rounders. They’re so focused on selecting the best batsmen and bowlers. It is a mistake that can cost you dearly. Batters earn points when they bat, and bowlers earn points by balling or taking a wicket.

All-rounders, on the other hand, earn points batting and balling. You can enhance your chances of winning a match by choosing all-rounders in good form and maintaining an impressive performance record.

Fantasy cricket leagues are an excellent way to stay entertained and engaged. It is to keep you connected with the world of cricket even though you cannot physically cheer for your team from the stadium. Moreover, it offers an excellent opportunity to participate in the IPL 2021 and ICC Men’s T20 World Cup 2021.