Pepper Robots, Are they a breakthrough to us?

As we all know, technology has really diversified. I almost thought that having softwares or gadgets in your house, that could help you do your house chores just by controlling it from your phone, was the most amazing thing I ever came across.

Well, robots have been developed in the recent years by mostly Japan. Have you heard of Pepper? 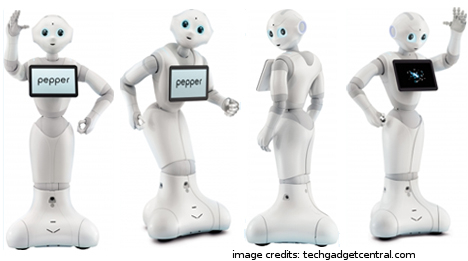 If you have not, let me give you an insight on a robot created, but not just any ordinary robot, but one with actual emotions or exhibits real emotions.

Yes I know, this is just unbelievable and pretty much amazing at the same time. From the way things are going, I believe in the next few years, things will really have changed and we will be doing almost nothing as we will have helpers and things to help us in everything.

DO NOT MISS:   Essential Cyber Security Tips for Businesses to Reduce Risk

Follow Us
Latest posts by Sumant Singh (see all)
DO NOT MISS:   5 Reasons to Choose a Dual Boot Tablet