Microsoft has announced its brand new Smartphone Nokia Lumia 650 with 1GB RAM that runs Windows 10 operating system. This new device is made up of Aluminum frame and would be available in select European markets starting from February 18 at a price of Rs.13, 500. The Lumia 650 will be available in single and dual sim variants and is designed having Indian markets in Mind. 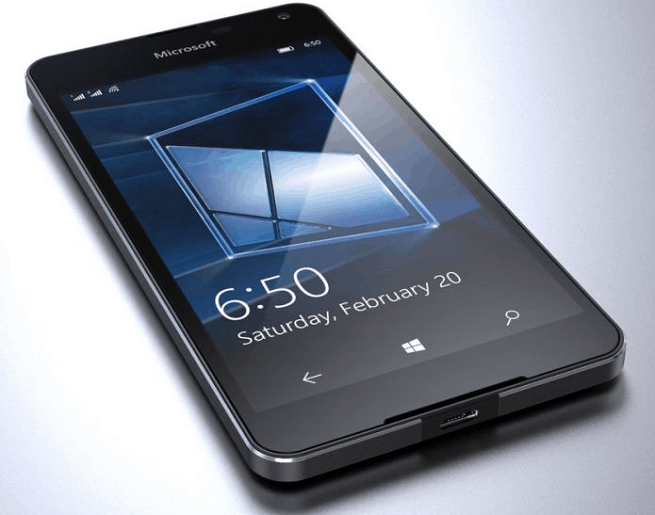 On specifications front, the Microsoft Lumia 650 comes packed with a 5-inch HD AMOLED ClearBlack display with a 720×1280 pixels resolution and 297ppi pixel density. The device is powered by a 1.3GHz quad-core Qualcomm Snapdragon 212 processor coupled with 1GB of RAM. The Smartphone sports 16GB of internal storage which is further expandable by up to up to 200GB via microSD card.

For selfie lovers, the phone sports an 8-megapixel rear camera with autofocus and LED flash along with a 5-megapixel front-facing camera. The phone has a robust and durable 2,000mAh battery.

DO NOT MISS:   Asus Zenfone 4 Max Launched in US and Canada