Microsoft Lumia Phones To Get Windows 10 Update Next Week

If reports are to be believed, Microsoft would start rolling out the Windows 10 for mobile update for select Lumia devices soon. Referring to a leaked report, Vodaphone Italy has unveiled a list carrying the name of popular Lumia devices which are set to receive the update. 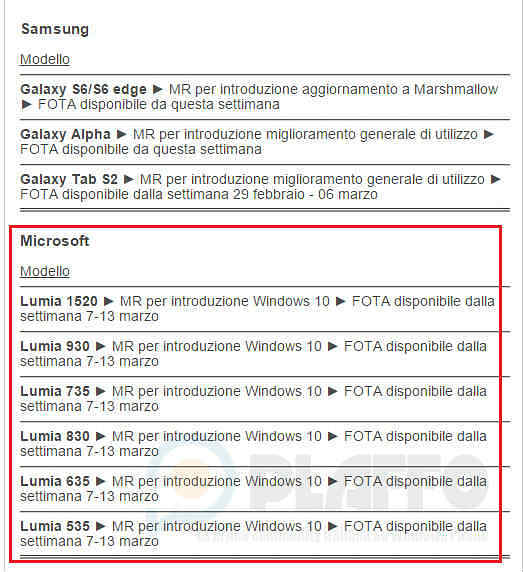 As per the list, the Lumia 535, Lumia 635, Lumia 735, Lumia 830, Lumia 930, and Lumia 1520 should get the OTA update between March 7 and March 13. Interestingly, the update was expected to start rolling out last year, but now it will begin rolling out to select phones from 2016 instead. The company didn’t clarify the reason behind that delay.