The mobile market in India is filled with budget phones packed with colour and power. The importance of mobiles is so high that people need something efficient and reliable. Two classic budget mobile pieces to consider is Micromax Canvas Win W121 and Nokia Lumia 630. The other popular Micromax phone is Canvas Win W092. Nokia Lumia 630 and Micromax Canvas Win W121 are equally eye catchy, it is difficult to choose between the two. Let’s go over interesting features of both phones are pick the better option.

Micromax Canvas Win 121 looks so good that the effect can be compared to a phablet. The screen measurement is 5 inches engineered with the advanced IPS display. The resolution power is 720×1280 pixels, superior to its fierce rival Lumia 630 with a 294ppi pixel density. Micromax has not said anything about the scratch resistant feature of the phone.

There is not much of a difference between the measurement capacities of both phones. Micromax Canvas Win 121 has a better resolution and pixel density than Lumia 630. Despite the strong differences both phones look equally vibrant and have a feel good factor attached to it.

The camera power of budget phones is on par with high-end phones, Canvas Win 121 is fitted with 8MP rear camera packed with LED flash. The front 2MP camera is equally potent to capture amazing capturing moments and selfies. It is great for video conferencing as well.

Lumia 630 has a 5MP rear camera with auto focus, there is no flash, and the phone is good to enjoy amazing capturing moments. It is however not the best camera phone to own. Users cannot indulge in selfie moments and there is no front camera.

Micromax Canvas Win 121 is a greater delight with regard to camera technology. It has a 2MP front and 8MP rear camera; it is a reliable piece to get in touch with friends and families living in another city. Lumia 630 does not have much of camera impact.

Lumia 630 is equipped with powerful quad-core Snapdragon 400 processor that moves at 1.2GHz. The processing output is splendid; users can gaze through fun and important documents at a fast rate.

Win 121 and Lumia 630 have impressive processors, sufficient to carry out important day to day activities. Lumia 630 has a more versatile processor and Win 121 is packed with greater memory. Lumia 630 and Win 121 offer the required reliability needed to suit current work needs. Both are engineered with optimum connectivity in the form of Bluetooth 4.0, 3G and Wi-Fi. The two phones have Dual SIM options with 8GB storage. The storage output is expandable with Win W121; it can stretch to 32GB through microSD compartment. Lumia 630 operates on robust 1830m Ah Li-ion battery and Win W121 functions on 1800m Ah battery. Those who use Vodafone can avail additional benefits such as free 3G 1GB data for a couple of months, and also Flipkart e-books and monthly TV Box subscription. Both the items are offered at Rs 2,000. Nokia Lumia 630 is not loaded with apps as seen on high-end phones. The apps that are not so accurate are MixRadio and Nokia ProCam.

The phones are sold at a similar price; Lumia 630 has the extra shine contributed by Gorilla Glass 3, and a better processor built along with Microsoft. Canvas Win 121 has more depth in terms of camera and display, the outer casing is great as well with refined faux back cover.

Mobiles are a boon in today’s world, and consumers yearn for colour and vibrancy. Budget mobiles are as popular as high-end ones, evident with the popularity levels of Nokia Lumia 630 and other Nokia phones. Lumia 630 and Canvas Win W121 has efficient processors, displays and camera. The connectivity options are excellent with Wi-Fi, 3G and Bluetooth 4.0. People can access relevant business or work related information from any and everywhere. The competent Bluetooth 4.0 has strengthened mobile connectivity.

DO NOT MISS:   How To Change Default Apps in Android Marshmallow Users can store all kinds of apps on the home screen like phone, email, chat on, Whatsapp, Facebook, Twitter, images, phone booth and so on. Lumia 630 and Canvas Win W121 are fun phones to own, the 4.5 and 5inch display capacity enhances the handling effect. The light weighted effect of both phones makes it easy to carry around, and can be easily stored in pockets during harsh monsoon periods. The latest trend in mobile fashion is a slender neat looking phone, Lumia 630 and Canvas Win W121 fits the bill.

Micromax Canvas Win W121 and Lumia 630 are well suited to indulge in heaps of pleasurable moments. Tons of images can be captured on stored on image gallery. The reliability factor of both phones are splendid where majority apps are stored on front home page, and can be easily accessed in times of emergency. The battery power of both phones is proficient enough for prolonged storage users can speak for hours on the other end with the hassle of battery consumption.

Nokia and Micromax have uplifted the power and beneficial aspects of mobiles, and has enhanced the connectivity output in the country which is on par with the developed world. 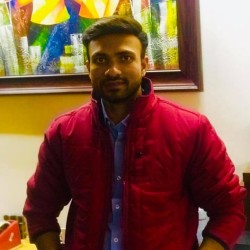