Merging Technology and Design – The Future of Fashion

My first insight into wearable technology came from the movie, Back to the Future II. Now it’s a reality. I’m not talking about Marty’s talking jacket, but gadgets incorporated into clothing and accessories that are making our lives better. 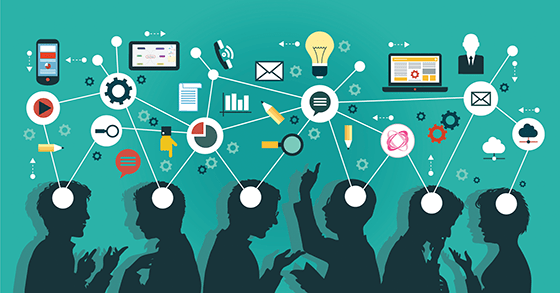 One of the best examples is the smart watch, which combine fitness and sleep tracking with a fashionable accessory. Other include the much-lauded Snapchat Spectacles, allowing aspiring vloggers to share their day-to-day activities from a first person perspective.

Although there is a lot of fascination with smart wearable’s, the most plausible designs are only just beginning to emerge. Some products that have been rolled out too quickly have ultimately failed to live up to their sky-high expectations. This is often due to limitations in how the technology can be adjusted to our daily reality. One of the most notable falls of grace was the 2012 launch of the “Google Glasses”, which inadvertently compromised the privacy of their beholders. While the technology was right, it’s unleashed prowess wasn’t properly thought out.

In the meantime, other gadgets have become overnight successes. Think FitBit, body cameras and Bluetooth headsets. These products have become mainstream and are sometimes worn around the clock by teenagers and older generations alike.

So the question is, what tech trends are on the up and what are less likely to hit the mark?

These ingenious watches use ancient knowledge to create a future-proof product. On the outside, they look like a beautifully crafted traditional timepiece. Behind the scenes, these watches gain their power from any light source and their battery will last for months at a time. On top of that, they’re water resistant, come with LED displays and even multi-lingual capabilities. Convinced? Do some research on the best solar watches for sale and you’re bound to find yourself a modern classic!

DO NOT MISS:   Why Enable Customers With Learning Management System (LMS)?

Sports giants Nike and Adidas are hot on each other’s tails when it comes to bringing wearable tech to the fitness loving masses. Nike are working on how to improve their concept for smart running shoes that can track performance and optimize themselves to the person wearing them. Just some of the biological functions that can be tracked include heart rate, energy use and blood pressure.

Meanwhile Adidas are experimenting in using the best 3D printers to mass-produce their best selling sneakers. Eventually they hope that the same model can be rolled out for a group of people simultaneously, making it possible to enhance the performance of an entire sports team. This inspiring product has success written all over it – and I can’t wait until it hits the shelves.

Fitness trackers are one of the fastest growing areas of wearable technology, and big name FitBit are racking up the sales. Although there are excellent affordable alternatives on the market, FitBit are pioneering the technology that powers the accessory. Initially targeted for runners and walkers, FitBit can now track a whole host of other activities such as swimming and weight training.

The device will also sync with your smartphone and other app’s allowing you to track and share your fitness with your friends and family. Other brand leaders include Apple, Samsung and Garmin. As the market gets more saturated with great products, we can comfortably forecast that the demand for fitness trackers is only going to grow. And as the technology develops, it’s hoped that eventually it will be able to talk to all your other accessories from your shoes to your Beats.

DO NOT MISS:   Charlie Hebdo Gets Donations From Google And Guardian Media Group. Others To Follow The Suit.

History shows that wearable technology can definitely be hit and miss. After all, many of us would steer clear of wearing colourful LED lights on our sweater…

But when it works, pairing technological ability with fashion forward and practical wearable’s can augment our lives. We’re seeing the effects already, as many of us can’t leave the house without our smart watch. The time’s never been more right for these technological designs to show their full power.