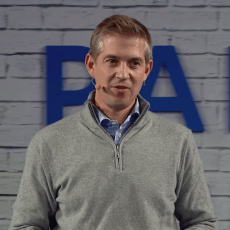 The decision comes as contrary to what WhatsApp’s CEO Koum said last year when he announced that monetizing WhatsApp does not include ads. Here is what he said at that time:

Naturally, people might wonder how we plan to keep WhatsApp running without subscription fees and if today’s announcement means we’re introducing third-party ads. The answer is no. Starting this year, we will test tools that allow you to use WhatsApp to communicate with businesses and organizations that you want to hear from. That could mean communicating with your bank about whether a recent transaction was fraudulent, or with an airline about a delayed flight. We all get these messages elsewhere today—through text messages and phone calls—so we want to test new tools to make this easier to do on WhatsApp, while still giving you an experience without third-party ads and spam.

According to Recode, Matt’s key responsibility would be to find ways to monetize WhatsApp. He will take charge in coming weeks and will report directly to WhatsApp co-founder and CEO Jan Koum.

DO NOT MISS:   WhatsApp For iOs Update Gets Location Sharing And Much More

Follow Us
Latest posts by Sumant Singh (see all)
DO NOT MISS:   WhatsApp Surpassed 1 Billion Downloads On Android