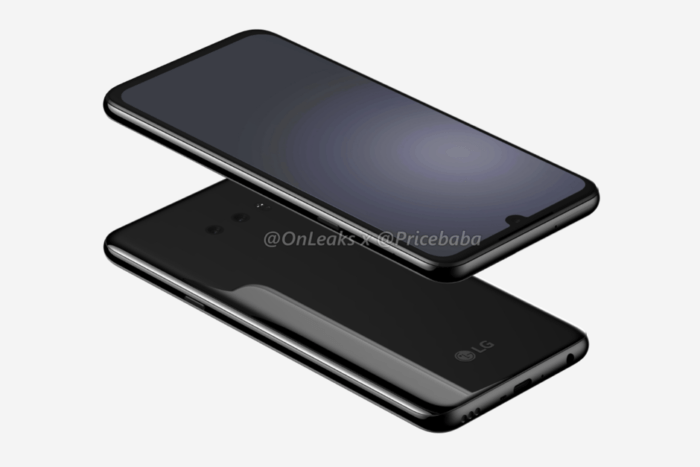 Now, almost after two quarters, the tech conglomerate is reportedly planning to launch another smartphone to its G-series. The phone, probably named LG G8X could be announced at the IFA 2019 in Berlin between September 6 and September 11.

If the rumors and leaks (OnLeaks on Twitter, and Price Baba) are to be believed, the upcoming LG G8X may have a single camera in the front with smaller notch option unlike the LG G8 ThinQ that featured an iPhone X-like notch.

The phone might come with a 6.2-inch quad HD display with thin bezels on the sides and slightly thicker bezels on the top and bottom. The phone measures 159.3 x 75.8 x 8.5mm and features a USB Type-C port, a 3.5mm jack and a loudspeaker grille.

DO NOT MISS:   Lenovo To Launch Lenovo Vibe S1 In India On 23 November

Some leaked images also suggest that the phone may come with a fingerprint sensor at the back below the camera setup. This is a stand feature that we have seen in most of LG’s flagship devices including the LG G8 ThinQ.

As the phone comes with waterdrop notch, we are dead sure that phone won’t have face unlock feature. There are some unconfirmed reports that the phone could be powered by either Qualcomm Snapdragon 855 processor or Snapdragon 855+ chipset.

Furthermore, the phone LG G8X could feature a combination of standard and wide-angle lenses at the back.

All that we have shared here are unconfirmed reports from the tipsters. We recommend you to take them with a pinch of salt. These are just the speculation unless the LG comes with a confirmation on this. Stay tuned to get latest updates on the phone launch.

Follow Us
Latest posts by Sumant Singh (see all)
DO NOT MISS:   Huawei Honor 7X India Launch is Slated For December