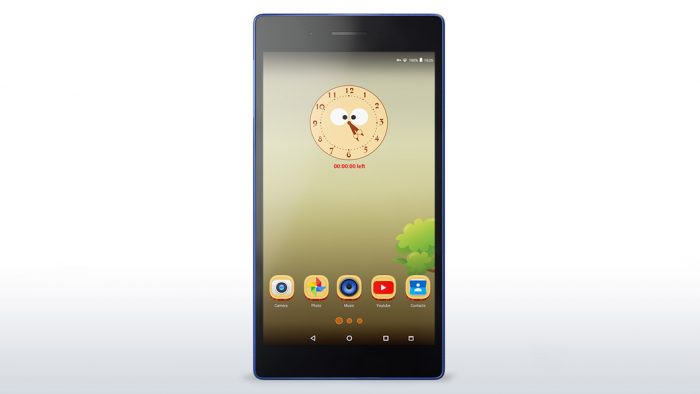 These tab devices will be available to the buyers at an amazingly low price of just $99.99 and $79.99, respectively.  As expected, these cheaper devices would be available with average specifications and might be a cool purchase for Android beginners.

The great part of the story is that they would be shipped with Android 7.0 Nougat operating system right out of the box.

On specs front, the Lenovo Tab 7 feature a 7-inch display with 1280 x 720 pixels resolution and two cameras (2-megapixel rear-facing camera and 5-megapixel selfie camera).  The device is powered by a 1.3 GHz quad-core MediaTek MT8161 processor and will come packed with 1GB RAM and 16GB of native storage.

DO NOT MISS:   Kyocera DuraForce Smartphone Launched With Fingerprint Scanner

Similarly, the Lenovo Tab 7 Essential brings the same display as previous one, except its resolution which is lower at 1024 x 600 pixels. Moreover, the device packs a 1.3GHz quad-core MediaTek MT8167D processor alongside 1GB RAM, and 16GB internal memory.

Both Lenovo Budget Android Tablets offer Wi-Fi support, but unfortunately, there’s no GSM compatibility with either of them.

Follow Us
Latest posts by Sumant Singh (see all)
DO NOT MISS:   Top 10 Mobile Phones Under 15000 in India