Leander Paes versus Mahesh Bhupathi! That says everything

January 8, 2015. The time 2045 hrs. As I adjust my chair in front of my ‘idiosyncratic’ television in office, I can’t help but remember the good old days when the term ‘Indian Express’ meant more than just the newspaper.

Sitting in the office of the biggest ‘Sports’ broadcaster in the country, I look towards the bevy of televisions behind me. I hope against hope that I don’t have any channel to work on. I don’t want to miss even a second of what was about to be shown. I end up disappointed. I see 2 of them free.

Dejected I dash towards them in a sense of urgency to fire something that I think brings emotions like me to watch something that comes once in a blue moon. Anything I write would not bring justice to the magnanimity of the situation. Friends-turned-foes! Indian Legends Collide! CTL v IPTL! Anything else?

In the end, I keep it simple. Leander Paes versus Mahesh Bhupathi! That says everything. That says it all! 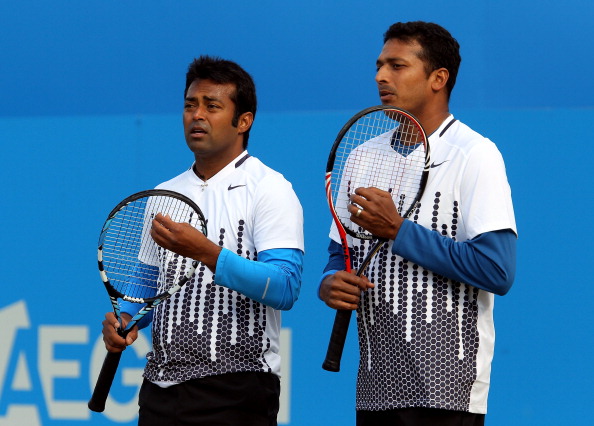 Who to support or who to boo? I ask around people for their thoughts. “No idea!” Of course! 2011 was the last time that the Indian Express played together here. They won! The crowd cheered like crazy. The pair had just re-united then. All differences were kept aside. Both wanted to win the 2011 Australian Open crown to complete their career Grand Slams and had played in Chennai as warm-up. Things didn’t work out for long though. The misunderstandings had crept back in. The pair couldn’t go on. If only!

They have played against each other many times ever since. This time around though, it was different.

For the first time in the history of the tournament, Chennai Open was set to see Paes and Bhupathi battle it out from opposite ends. Never before in its 20-year tenure had such a situation occurred. Chennai did not know how to react to it. Vijay Amritraj didn’t know how to commentate on it. The broadcasters did not know how to produce it. And I did not know why the world was not going crazy.

Raman Bhanot, the sports anchor who it feels has been around since the dawn of time, is on court for the introductions. “First up are Mahesh Bhupathi and Saketh Myneni.” Saketh who? Myneni! The guy who Leander Paes recently replaced in the Davis Cup doubles. All the more reason for the lad to be fired up for this if playing amidst Lee-Hesh was not a big enough reason.

The duo starts walking out. Bhupathi, with a look on his face that resembles the sultry Chennai weather, walks out first with Myneni just behind him. The crowd gives them a warm reception. The look on Mahesh’s face shouts out loud that he’s more relieved and does not want to misconstrue the response as an insult. Myneni meanwhile just walks out with his head down eager to extract the ‘Paesy’ revenge.

Bhanot, whose job description also has him handing out cricket bats to winners for them to hit tennis balls into the crowd, gets ready for the next introduction. “And their opponents,” he pauses. As if to tease the crowd. The SDAT Tennis Stadium erupts with elation. My “who to support, who to boo” question has been answered and answered even before one half of the players have walked out.

Just standing up to applaud the greatness of a 22-year-old disguised as a 41-year-old legend seemed pretty little to me at that time. I wanted to shout. I wanted to hoot. I wanted to chest bump the freaking wall. Here we have two of the greatest Indian tennis players in history, who have staggering 26 Grand Slam titles between them, walking out to face each other and clearly it was one of the most exciting tennis matches in recent times.

DO NOT MISS:   Indian Premier League 2016 - List Of IPL Teams And Players

Raven Klassen was feeling as if he had walked into a WWE arena. At least the look on his face when the players came forward for the toss seemed to tell that story. Team Bhupathi won the toss and chose to serve first. Mahesh stole a glance towards Leander as if to say, “Let’s see what you’ve got mate!” Leander just stared back with his big cold eyes. Maybe for a second, but God it looked like an eternity.

He didn’t have to speak. The raucous crowd did all the talking for him. The stadium began reverberating with the “Let’s go Paes, let’s go!” chants. If it wasn’t clear who the favorite was before, it was now.

Myneni hit the first serve. “Fault,” retorted the linesman. Myneni could not believe the call. Bhupathi felt as if the whole world had started to conspire against him already. The review showed the ball was miles inside the legal serve area. The umpire laughed. Leander laughed. Amritraj almost fell off his chair laughing. Mahesh was unruffled. The call was reversed. 15-0! The crowd enlivened. It was now time for Leander to come forward to the net and be inches away from Mahesh. The first rendezvous upfront. 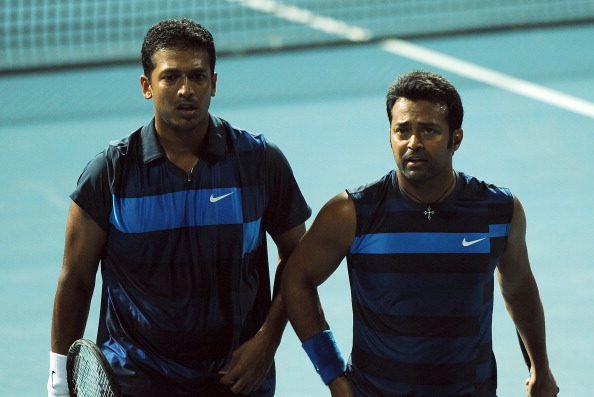 Myneni served again. Klassen sent the ball back to Myneni who hit it straight to Leander at the net. Mahesh’s eyes gladdened. “This was it,” he thought. “Anything from Leander and I have to hit it no matter what.” Leander hit the most deft and unplayable slices in Chennai Open history. “The point is mine now,” Leander believed. Contrary to his belief, an out-of-work-for-close-to-9-months Mahesh reached for it in the most prodigious manner to effectuate one of the most immense returns possible.

“Boom,” Mahesh roared! Just two points into the match and a fairytale script was already in passage. The game went by and it was Leander’s turn to serve now. In a spur of a moment Mahesh went back to receive. Unlike the old days, it’s the receiving end who can choose who in the team wants to receive now. Looking at Bhupathi’s body language it was clear that he wanted to receive all of Leander’s serves.

It was ridiculously, obviously, patently unsaid.

Leander served! Ace! Almost instantly a fanciful scorecard read “Paes 1 Bhupathi 1”. An unimpressed Bhupathi stared at the scorecard as if to see how fast that one went past him. There was nothing there. He waited and waited and waited. Still nothing! He would now have to wait for Myneni to play out his point before receiving again. The wait seemed endless. He would have squandered the point if he could as receiving Leander’s serve right away meant more than anything else at that moment. If only!

Oh the sentience of perpetuity for Mahesh Bhupathi!

This was more than just a Chennai Open quarterfinal now. This was personal war. The appeasement of the situation was unendurably painful. I look around once again to find someone as exhilarated as me. Matthew Hayden, who was on the television for the umpteenth time, was my only smiling comrade.

It was really sad to be witnessing such a situation when two of the greatest stalwarts of Indian tennis had reached a point when you had to choose between one of them. With the skill level that was on display, just imagine where they would have been today had they worked out their differences.

DO NOT MISS:   Know Your IPL Team Kings XI Punjab

The Indian Express was the voice that India never had. It was an underdog movement against the atrocities of a cruel sport that showed no remorse towards the weak. A revolution that meant stopping at nothing until success was at your feet. We reveled with them. We cried with them. In a way, the Indian Express was the story that all sports fans could connect to. It was ‘us’ who was playing out there with them. That is how important they were to us. That is how indispensable they were to us.

Two guys from India conquering the world in 1999 was worldwide news. It called for fantastic television. They reached the finals of all four Grand Slams that year. They won the French Open and Wimbledon. Two Grand Slams that not only had completely different surfaces, but also took a phenomenal amount of talent, hard work and versatility to vanquish. We were there. We saw it happen. We rejoiced.

Team Paes beat Team Bhupathi this time around. Needless to say, we were thoroughly entertained. Both players showed classy characters while handling themselves. Leander Paes, at 41, proved yet again that age was indeed just a number. Mahesh Bhupathi proved that a 9-month hiatus means nothing if one learns to put mind over matter. If this was a Grand Slam, the match could have gone forever.

Leander, in his post-match interview with Bhanot, said “I would like to give a huge shout-out for Hesh. He hasn’t been on the court for close to 9 months but has still come out and played a fantastic match.” Bhanot said nothing. “That’s a fitting end,” he thought. Pretty sure that Mahesh was smiling somewhere in the back on hearing that and would have said something similar had he won instead of Leander.

Deep down I feel that they still want to be with each other. They still know how valuable the other one is. They still know what India and the world missed out on because of their split. I know for a fact that I can sleep well at night knowing that if a day comes when the country would need its greatest tennis heroes to defend its honour, then Lee-Hesh would be the first ones to take the court.

If only… If only!