Kiss of love protest is a non-violent kind of agitation in Kerala protesting the growing menace of moral policing. The movement emerged when a group of youth created a Facebook page with the name ‘Kiss of Love’. The people associated with the page asked youth to participate in a protest against moral policing on 2nd November at Marine Drive, Kochin. The page has managed to get more than 90k followers so far. 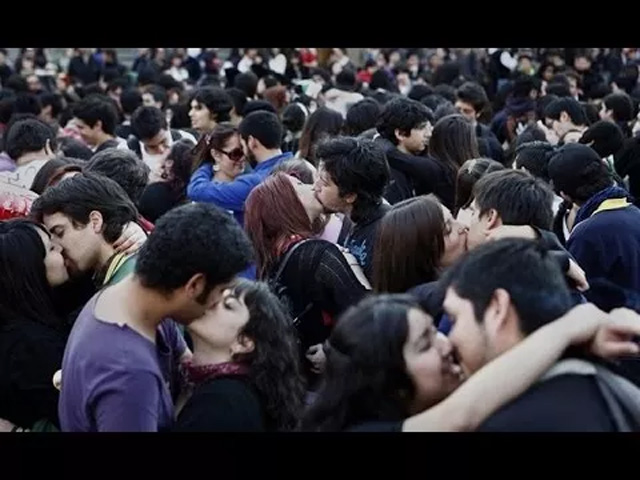 The movement got a widespread support from the youth. It also received sharp criticism and opposition from a part of society and religious groups. The groups like Bhartiya Janta Yuva Morcha, SDPI, VHP and Bajarg Dal. These activist groups have maintained that public display of affection is against the norms of Indian culture and tradition. Their observation clearly breached the sayings of Apex court of India and several high courts that kissing in public is not an obscene act and invites no criminal proceedings at all.

DO NOT MISS:   What Should You Look for in an SEO Firm? 4 Point Checklist

The movement started on 2nd November when several activists met at Marine drive Kochi to express their anguish against moral policing. Various religious and political groups also gathered there to stop them from kissing and hugging in public.

The event not only gathered support in Kerala but outside the city too. There were hundreds of youth from University of Hyderabad, JNU, IISER Kolkata and IIT Mumbai made their way to support the initiative . A number of events have been organized from the supports there. To show their anguish against the moral policing, they held an agitation at Rashtriya Swayamsevak Sangh (RSS) office on Saturday. The event found a few takers since police took restrictive measures and detained them.

To clarify their stand, people who opposed the event told that they aren’t against the modernity but kissing and hugging in public is completely wrong.

DO NOT MISS:   How CPQ Software Helps Produce Quotes Quickly?