Intelligent Printers – The Backbone of IoT

Just a couple of decades ago, the idea of a global virtual network seemed like something that was just reserved for science fiction.

However, now that we’ve become so absurdly dependent on it, we’ve actually stopped thinking about how we could do without it. Same thing happened just a few years back when people met Internet of Things (IoT) with the same kind of skepticism.

What are Intelligent Printers?

They were once again proven wrong. The reality of things is that devices are getting smarter and we all benefit from this turn of events. Since IoT experienced a boom when the business world got the hang of it, it would be fair to stress one of the most important parts of this revolution – printers and printing equipment.

Automated printing was always on the agenda ever since people started networking their business equipment. However, the implementation of IFTTT (if this then that) concept took the notion of automated printing to a whole new level.

As already mentioned, automated printing is hardly an innovation, but this kind of approach significantly improves both their performance and applicability.

Basically, an IFTTT algorithm can be used to order printers to print pictures from instagram based on their tag, or Tweets based on their hashtag, basically everything you find that is print-worthy.

One of the greatest restrictions for the traditional printers was the fact that they required an external CPU and operating systems.

Luckily, these intelligent business solutions seem more like a computer than a traditional printer. Which basically means that all you need to do is to obtain a steady supply of toner cartridges, and you’re good to go.

DO NOT MISS:   Software Development Cost: A Guide for Beginners

Data is produced when connected to a network and something needs to collect and analyse that data. However, the connection is much clearer when you come to terms that 3D printed objects, which came to be as a representation of predetermined data, can easily become networked objects, too.

This doesn’t have to imply that these objects, the next instance of IoT, would have to be connected to the internet themselves. They would just need a way of signalling what they are.

3D printing would allow you to make unique identifiers for all objects, which would prevent the instances of your washing machine picking a neighbour’s request for tumble-dry, when all you wanted was to wash a couple of t-shirts.

Although the identification of these objects could be done in one of many ways such as physical encoding or software, there is a solution that brings 3D printing and IoT perfectly together.

If you build a scannable 3D code within the material of the printed object you can skip the latter implementation of RFID chips or QR codes.

The object would have a unique identifier that could be scanned with a device such as Terahertz which scans the parts of the EM spectrum that lies between microwave and infrared light. The fact that this solution is already being implemented, especially in the medical institutions, promises a bright future for 3D printing and IoT.

Not wishing to make it sound like sunshine and butterflies, there are some negative aspects of IoT-meets-printers arrangement.

The first one that comes to mind is the security of the network itself. Regardless of how safe you perceive it to be, the network is always out in the open, which poses certain unavoidable security issues.

DO NOT MISS:   How To Connect The Printer With The Internet?

Since we started out with business solution, one example for this issue might be a higher risk of corporate espionage. Having your private business network penetrated or your products reverse-engineered can be devastated for any business.

Luckily, this problem did not go unnoticed. People behind Hewlett-Packard started developing a service called HP Printing Security Advisory Services to try and answer to this threat.

Waiting for the future is the thing of the past – the world has finally moved on to living the future here and now. Not only is the IoT making printers more intelligent and more capable, it also derives enormous benefit from the arrangement.

And as we already saw with example such as 3D printers and IFTTT, functional and evolving printers are one of the key vertebra in the spinal column of IoT. 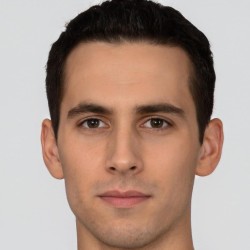 raul raul
Raul is a B.Sc. in Innovative entrepreneurship and has a lot to say about innovations in all aspects of digital technology and online marketing. While he's not enjoying football and great food, you can find him on Technivorz.com