Instant messaging apps like WhatsApp and other social networks, have gathered the attention of many people. It has become the habit of many people to check their smart phones every morning as soon as they wake up, and the last thing which they see before going to sleep.

These smart phones and the social media, has changed the lives of many people. A professional services firm Deloitte, conducted a survey, to check the usage of mobile apps. The results of the Deloitte’s mobile consumer survey 2015 are as follows. 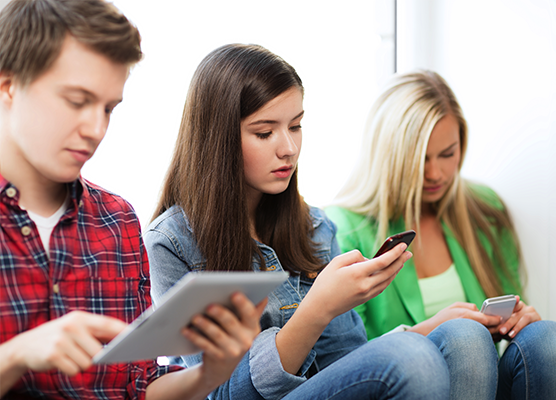 The research founded that, people first check the WhatsApp and the other social media related apps and then they check their mails and SMS. This shows how social media have attracted the users across the globe.

From this survey, it is clear that, the smart phone usage has interrupted in almost all the activities of the mankind. So the telecom sectors have to improve their services, in order to meet the customer requirements, said the director of Deloitte touché Tohmatsu India LLP.

The voice calls and the SMS rates have decreased up to 20% when compared to the last two years.

IM has increased 10% and VoIP has increased 22% when compared to the past two years. So it is the right time for the mobile carriers and the network operators to make use of this opportunity, since there is great thirst for data among the customers.

Nearly, two third of people who participated in the survey are not satisfied with the quality of the voice calls.

This results in adopting the VoIP methods. People prefer the VoIP calls because of the free international calls, and the possibility to make the video calls. The quality of network will be more important than the quality of voice calls, in the coming years.

The usages of wifi in the home, work place and in any public places have increased for the past two tears. 43% of people used wifi in 2013, whereas in 2015, about 45% people use wifi. And 57% of people started using the internet on their smart phones.

DO NOT MISS:   6 Mobile App Development Frameworks for 2020

Survey says that, most of the people who were surveyed, did not start using 4G networks, as per the reports, they will start using the 4G within a year.

54% of people said that, they are interested in mobile money transfer and they are going to practice it in the coming days.

Many people are fond of online shopping; they use the mobile just to do shopping in online. Whereas there is the other kind of people who are not interested in online shopping. 43% people give preference to their smart phones, from other devices.

Limitations of over use of smart phones:

Smart phone usage may have several advantages, but when it comes to health, it will have its own disadvantages. Smart phone over usage will cause some preoccupation behaviors such as, addition to smart phones, spending of more money for the usage of some application and in shopping, using mobile phones in dangerous situations such as, while driving and in any meeting environment etc.

they may also have anxiety if they are separated from mobile phones due to poor signal conditions.

Smart phone over usage can be differentiated by various age groups. Among the British children who were between the age 11-14, are addicted by 10%, whereas in India, the children of the same age group were addicted from 39-44%, these things are to be given importance by the parents and also by the society.

This addition may affect their studies. In Korea the addiction rate is 5-11%. This addition is treated as the some kind of health issue. Men are less stressed when compared to women; they use their smart phones for the social purposes. The older people are less addicted to smart phones.

Social and psychological effects of smart phone over usage are as follows.

Excessive use of mobile phones causes some health problems. People may tend to use the mobile phones in many circumstances and situations, germs are present in every small thing, these germs can easily infect you, when using your mobile phone.

DO NOT MISS:   Five Hot Trends that will Change the Future of Food Delivery

A research in 2011, found that, one in six cell phones was infected by the fecal matter, which is the one of the sources for the bacteria named E.coli. These E.coil bacteria may cause fever and vomiting in humans. An Egypt research organization, says that, the chance of spreading the bacteria is higher in cell phones.

One of the reasons for the occurrence of brain cancer is the excessive use of cell phones. There are many attributes which results in cancer, in which, we have to take into account that, how long we use the mobile phones. There is no particular evidence for linking the mobile phone usage and the cancer.

But, the international research organization said that, the radio frequency is the cause of the brain cancer, in which the high frequency matters, using the mobile phone in limit will not cause any damage to the human body.

The high frequency level has been confirmed as the cause of the tumors, these tumor results in cancer.

Using the smart phones before going to bed, will cause the inability called insomnia, which is the disorder that causes inability to sleep. World Health Organization suggested banning the use of electronic devices for the toddlers.

In the psychological part, some of the children are using the smart phones to harm other children. A research is going on regarding the positive and negative impacts of mobile phones.

It is in the hands of each and every person to take care of themselves and protect them from any harm. As we know that, every little thing will have their own strengths and weakness, it is our responsibility to be aware and safeguard ourselves from the disadvantages, and use the technology in the right path. 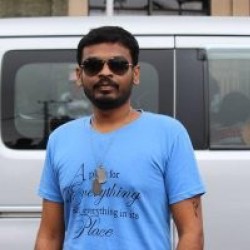 Anand Rajendran
Anand Rajendran is the Co-Founder and CEO of Dectar a well known Software products development and Mobile App Development Company based in Chennai, India. He has extensive experience in building and leading innovative and collaborative software development teams to deliver major software applications.