How is Snapchat changing the way we communicate?

We could say that Snapchat is the most popular app among young people without any fear of being wrong or exaggerating.

With so many young people using it on a daily basis, it really comes as no surprise that this app is shaping the way we communicate and it has no plan to stop doing so in a foreseeable future. 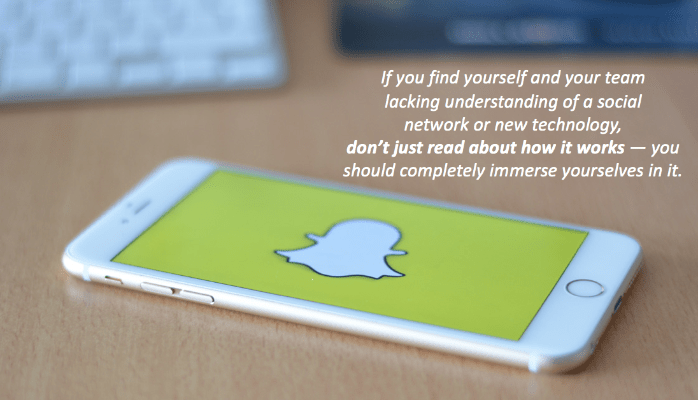 How is Snapchat Changing The Communication?

Many people have tried to figure out what lies beneath this global success and why people like using soundbites, chats and temporary flashes of content to communicate so much and there are now many theories their creators believe explain this phenomenon.

Regardless of what the most plausible suggestion is, there’s no doubt that the way we communicate is quite likely to be influenced by Snapchat even more in the future.

Let’s have a look at some aspects that have changed as a result of the increasing popularity of this app.

Creating the need to react

With messages and emails people usually have enough time to think twice before replying or taking any action for that matter, but Snapchat messages can be viewed only once. What this means is that people are urged to react promptly, thus creating a real-time form of communication.

Furthermore, emoji have proven to be very popular stimulus for interaction and their range is growing on a daily basis. Finally, the fact that images can be shared means that people who prefer to communicate using such visual aids can take an equally active part in communication.

Sharing your content with people from all parts of the world is definitely not a feature that only Snapchat uses, but the way in which live feed is used is unique.

Namely, you can take a peek at what life is like in other countries and cities by choosing the appropriate feed. You’ll be instantly taken to the place of your choice and you’ll have an opportunity to see what life is like there through the eyes of its citizens.

Also, live feeds are great for sharing events, from concerts to sports competitions and many institutions are using them to show what life is like from their perspective.

DO NOT MISS:   What Kind of Tech Should You Implement in Your Small Business?

This is also a powerful advertising tool used by companies which recognised the popularity and potential of this app long ago.

You don’t have to limit yourself to sharing just the highlights, but you can actually share the whole stories. Believe it or not, there are users who share their day from the moment they get up to the moment they hit the sack and they do it in very creative ways.

There are also Memories, which allow users to save their snapchats and mix them with other photos to make unique and original stories and share them with their friends. This feature also makes it possible to fully customise the content, which mean that whatever you share can be personalised.

It is this opportunity to mix photos and videos that has been one of the most popular features and many people and institutions, including universities, are using it to show the world as they see it, very often with an aim to invite more people to join that world.

When we mention customising and the personalisation of content, we don’t mean only regulations how long a pic can be viewed or how to caption it, but also drawing, writing and adding stickers and filters, in order to add a personal touch, have a great time doing it and put a smile on the faces of those who get the message.

Using Lenses allows you to transform your typical selfie into a hilarious image of an animal or character.

You can even transform you image into a real taco using Taco Bell’s Cinco de Mayo filter. Do we need to say how much it has helped the company in terms of raising brand awareness and engaging existing and potential customers?

Also, the use of snapcodes has changed the way people communicate using this app, since they no longer search for usernames, but can simply scan a snapcode and thanks to the wonders of digital printing, they can become friends instantly and without any hassle.

DO NOT MISS:   How to Boost eCommerce Website Traffic?

This has not gone unnoticed by media giants, such as CNN, National Geographic or even Wall Street Journal, who are all quite active on Snapchat.

Journalistic content is delivered to users all over the world though this app and people are again becoming increasingly interested in receiving news. Not only that, but they also like to share news, reports and stories they find relevant, thus both raising awareness about the current issues and boosting the readership.

With hundreds of millions of people turning to Snapchat every day to create or keep contact with other people, to receive information or simply to be entertained, it’s easy to see why more and more individuals and companies are turning to this convenient and revolutionary app, which is heavily shaping the way we communicate in the digital world.

Though some people will undoubtedly remain sceptical, the trends suggest that there are many more of those who actually appreciate the opportunities provided by Snapchat. 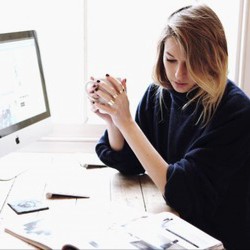 Emma Miller is a Sydney based writer with a degree in marketing. Interested in digital marketing, social media, start-ups and latest trends. She's a contributor at Bizzmark blog.