How Do Google Glasses Work?

Google glasses, even though they were pulled off the shelves a year after they were launched in the market, they are without a doubt the invention of the decade. Based on a hand-free format that shares a number of features with a smartphone, it uses in the field of Medicine, Education, Journalism, and Business is endless. How do they work?

The Google Glasses essentially look like a pair of ordinary glasses more or less that weight lighter than a pair of sunglasses. They stand out from conventional glasses courtesy of their sturdy built and the addition of a tiny little touchpad on the side that gives it its unique look. To an ordinary person, using such technology might seem like a hard job. Google glasses are in fact pretty easy to use and get a hang of once you start using them. They come equipped with two features that can help users access and use the device as they please.

A touchpad is placed on the side of the Google Glasses that essentially works like the touchpad of a laptop or a smartphone, the only difference being that while the touch screen of smartphone allows you to use the device in whatever manner, the touchpad of the Google Glasses can only work in the to and fro motion. Meaning, to access the news, the weather forecast for the day and various other current events, you have to slide your finger backward while if you want to access calls and emails, you have to slide your finger forward to choose from a timeline-like interface.

DO NOT MISS:   Using Salesforce with Drupal? Here is what you need to Know

Another feature that allows a user with an easier method of operating the device is voice commands. Voice Actions can be activated by tapping the touchpad and saying “OK Glass”, from there on a user can give simple, precise and clear commands to The Google Glasses and they do as is asked of them by the user. For example, asking the device to “Take a picture” and “Record a Video” will make the glass do just as asked.

Features of the Google Glasses

Google Glass uses Locos, field sequential color system and a LED illuminated display which makes the lens of the Glass. It is designed in such a way that even when the user is typing or reading and email it or using Google Maps, it does not hinder his or her line of sight which might be hazardous in some situations.

The Google Glass also comes equipped with a camera that is capable of not only capturing high-quality videos but is also capable of recording videos in 720p HD.

DO NOT MISS:   Deal Alert: UP to 40% Off Selected Refrigerators

With a number of apps like Skype, Whatsapp, Gmail, Twitter, and Facebook installed onto it along with its capability of accessing Wi-Fi and Bluetooth, one can not only make calls using the device but also text their loved ones, share photographs and browse through notifications the moment you receive them.

The Facial Recognition feature of Google Glass works in combination with Facebook, allowing users to “recognize” people they haven’t had a 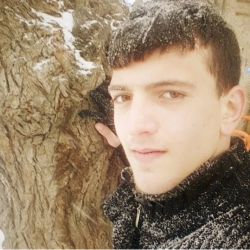 Addison is tech geek as well as a Content manager and Social Media enthusiastic. He is extremely passionate and result driven professional. He writes for TheOneSpy cell phone monitoring software. Follow her on twitter @addisonalbert55