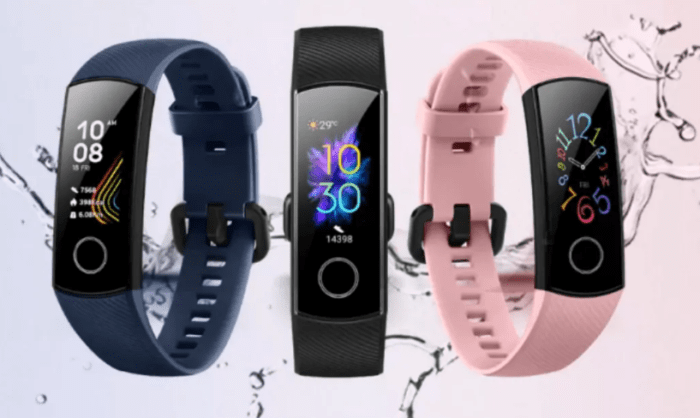 There are no words on band’s pricing. Honor Band 5 will be available for sale on Indian e-retailer.

To recall, the phone was launched in China last month with NFC variant and a blood oxygen level sensor that measures your blood SpO2 levels. Read on to know other features of the device.

In Chinese market place, the Honor Band 5 has been priced at at CNY 189 (roughly Rs. 1,800). Band’s NFC variant is priced at CNY 219 (roughly Rs. 2,100). It’s being said that in Indian marketplace as well the band will be launched around the similar price tag.

As already stated, the Honor Band 5 is coming with a full colour display, stylish watch faces, swim stroke recognition, and smart sleep tracker features.  A Flipkart teacher hints that the band will be available in three colour options – Black, Blue, and Light Pink.

On specs front, the device is said to have a 0.95-inch AMOLED colour touchscreen display with 282ppi pixel density and 2.5D curved glass protection. The company claims that the band can last up to 14 day in standby mode.

The Honor Band 5 also includes a continuous heart rate-monitor, an intelligent sleep monitor and 10 different sports modes. The band 5ATM waterproof and can tolerate water for up to 50 metres.

In addition, the band also comes with the features such as remote camera, smart reminders and Find Your Phone utility.  The band even offers Bluetooth connectivity with the Huawei Health App.

DO NOT MISS:   Sony Redesigns its PlayStation App for Android and iOS

23Shares
wpDiscuz
0
0
Would love your thoughts, please comment.x
()
x
| Reply
We use cookies to ensure that we give you the best experience on our website. If you continue to use this site we will assume that you are happy with it.Ok