Google now brings an algorithm to determine several ranking factors in the mobile search results. The company announced April 21, 2015, its official release date. This is probably the first Google algorithm that the company has pre-announced. 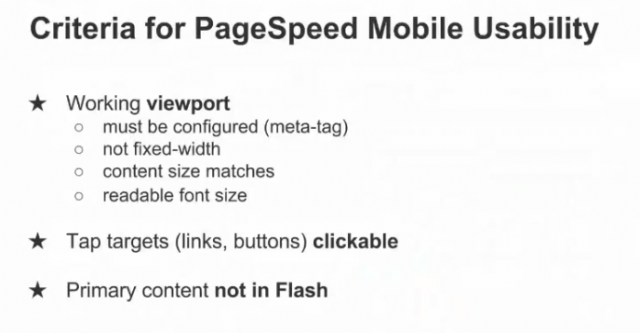 The algorithm was long anticipated as webmasters have noticed Google testing several mobile friendly factors in between. The factors include mobile friendly labels in the search results, newly released testing tool and usability reports.

Starting April 21, we will be expanding our use of mobile-friendliness as a ranking signal. This change will affect mobile searches in all languages worldwide and will have a significant impact in our search results. Consequently, users will find it easier to get relevant, high quality search results that are optimized for their devices.

In a latest Google+ hangout, Google’s John Mueller said that he’s not sure the exact timings of the algorithm but it won’t be before April 21. If the timing is right, webmasters have enough time to work on their website’s mobile search related issues. Below is the full video of the hangout.