Google Stadia Game Streaming Service: All You Need to Know 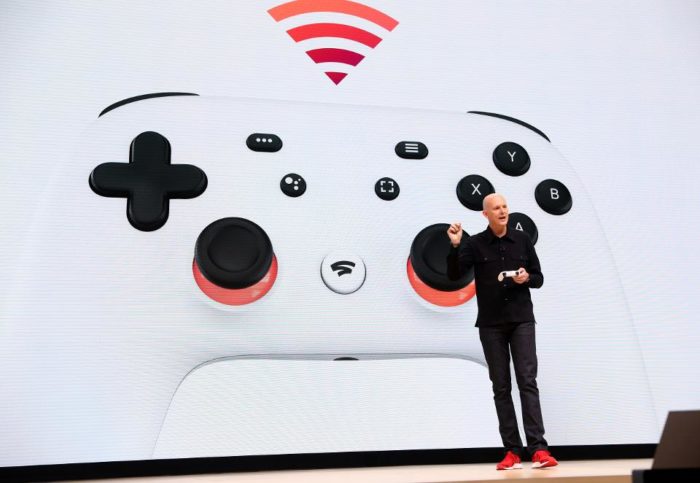 The service lets gamers stream and play their favorite gaming titles directly from Google’s servers without using special hardware or high-cost consoles. The article brings forth every detail about the Google Stadia that you would like to know.

The best we know, gamers needn’t to buy any additional hardware to stream games on Stadia. Rather, one can play it on their Pixel smartphone or Chromecast Ultra device. You may also run the service and stream games directly to your system using the Google Chrome Browser.

To enjoy Google Stadia, all you need to have high speed internet speed above 25 Mbps via Wi-Fi.  Google affirms that Stadia will support 5G cellular networks in the future.

In its keynote Address, Google stated that the USP of Google’s game streaming service would be continuity. The tech giant made the point that despite a huge population of gamers that play games or like to watch recorded gameplay game developers still find it hard to tap the audiences.

Now, Google Stadia will allow users discover games and access them instantly. As we stated above, you need to have a n internet connection of 25Mbps to stream these games through Stadia.

The great thing about the service is that it lets you stream games not only to your PC running Chrome but also on your smartphone, TV, tablet, Chromebook, and more.

Alongside the streaming service, Google has also released its own Google Stadia controller. However, this doesn’t mean that the controller will be a pre-requisite for playing games on Stadia.

So you can stream games using Google Stadia with your own controllers and keyboard and mouse. The best thing with the Google Stadia Controller is that it can be quickly connected to Google’s Data Centers over WiFi.

DO NOT MISS:   10 Cell Phone Safety Tips to Protect Yourself from Radiation You can see two extra buttons with Stadia. The first button us a capture button that enables players to record and stream your game instantaneously. The second button is the Google Assistant button which lets gamers quickly access in-game help menus and controls using voice commands.

With Google Stadia, you can be test assured of streaming quality it offers if you stream it on the best gaming laptops. Better the network speed you have great will be your streaming quality. If you manage to have an excellent network speed, you can stream games at 1080p 60 fps or 4K HDR 60 fps quality or higher.

Since in the multiplayer gaming mode both client and server are hosted on the same Google Data Center, gamers face no latency even if the game is played by multiple people at one go.

Another notable feature that Google packs with Stadia is Stream Connect that lets developers develop couch-based co-op games. So far, running two views of the same game is quite resource consuming since it forces game developers reduce the quality of each view to make it easier for the hardware to handle them.

With stream Connect feature, developers need not to worry about reducing the quality of their game.  This is because each view will be powered by separate Stadia instance and developers can add as many views as they want.

Crowd Play is another worth mentioning feature with Google Stadia Game Streaming Service. The feature is specially designed to cater to YouTube game Streamers so that they can engage with their community and play game with them. Thanks to YouTube Stadia that allows both streamers and watchers to play games with each other.

DO NOT MISS:   Google Is Gifting Its Employees Nexus 5X This Holiday. Envy!

Initially, Google Stadia will support two renowned gaming titles the “Assassin’s Creed Odyssey” and the “Doom Eternal. Google claims that more titles would be added to the list when Stadia is made available to the public.

Google hasn’t made any conformation about the price and availability of the Google Stadia. The tech giant could launch the service sometime in 2019. As of now the service will be available in the USA, Canada, UK, and most other European countries. Stay tuned for more updates on Google Stadia.

22Shares
wpDiscuz
0
0
Would love your thoughts, please comment.x
()
x
| Reply
We use cookies to ensure that we give you the best experience on our website. If you continue to use this site we will assume that you are happy with it.Ok