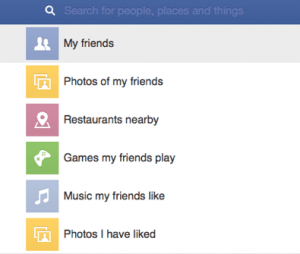 “Pretty soon, I think, you should expect us to roll out the mobile version of this. I think that that’s going to be an important step, because most of the usage of Facebook overall is on mobile, so we expect that that’s where engagement will really start to come from on Graph Search over time.”

It was the most anticipated step users were waiting from social network giant. Mark stated that this graph search is willingly made for the mobile phones. Its quick search queries will be helpful to locate friends and nearby places of interest. When Jukerberg was asked why the rollout is such slow, he told that indexing more than 1 trillion connections and status updates is quite a tedious and cumbersome task and thus it is taking time to get finally done. He added:

DO NOT MISS:   Facebook Is Testing DeepFace Feature For Tagging Pictures Automatically

“As a number of people on the team…have told me, a trillion pieces of content is more than indexed in any Web search engine.”

Thanks Mr. Jukerberg. We all are pretty excited about the mobile graph search roll out. Hope it would be as precise and error free as its desktop version was.

Follow Us
DO NOT MISS:   Facebook's Six New Emoticons Will Be Live Within A Week