We have told you in past about Asus’s flagship ROG series gaming laptops powered by new Nvidia RTX cards. Now the company has announced TUF series Asus gaming laptops. 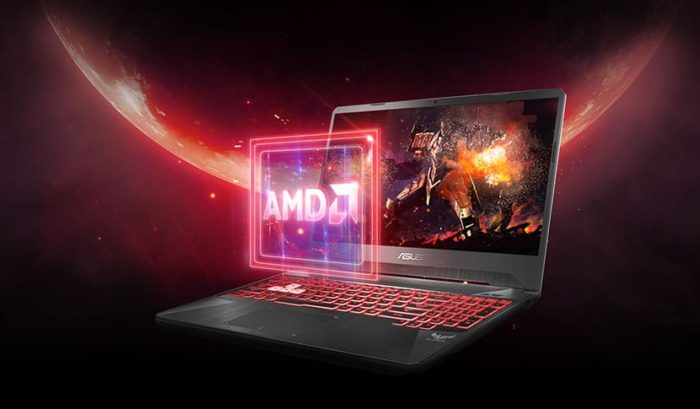 Dubbed FX505DY and FX705DY, these Asus Gaming laptops are powered by latest AMD Ryzen 5 3550H processor and a range of storage options.

These laptops are designed to deliver gamers astounding gaming experience. They are exclusively packed for balanced performance, battery life and affordability.

The USP of both TUF gaming laptops is the new Ryzen 5 3550H chipset.  To note, the Ryzen 5 3550H comprises four cores and eight threads for ensuring massive performance while gaming.

To save power and extend battery life, the TUF Gaming Laptops take advantage of Vega-based integrated graphics while not playing games.

Both the FX505DY and FX705DY boast of a non-glare IPS LCD display and full HD resolution. The only difference comes in terms of the screen size they pose.

The FX505DY flaunts 15.6 inch display while the FX705DY features a bigger 17-inch screen and a non-glare IPS LCD panel with full HD resolution.

Both the TUF gaming laptops are packed with get narrow-bezel display. Asus claims that the gamers can enjoy up to seven hours of 1080p video playback on FX705DY and nearly six hours on FX505DY.

In addition to high end configuration, Asus has powered up the laptops with HyperCool technology with independent fans for cooling. The laptops have an in-built anti-dust technology.

Follow Us
Latest posts by Sumant Singh (see all)
DO NOT MISS:   Oppo A7 Launched with Dual Camera, 4,230 mAh Battery