Rumors are making rounds that Apple could launch new MacBook models in 13-inch and 15-inch sizes expanding the line from its current 12-inch model.

If it happens, it would be after almost a year when Apple launched its new notebooks. They were the 12-inch MacBook with a retina display a new MacBook Pro and Air models with new processors. 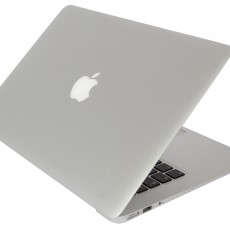 Reports further suggest that these new MacBooks will be thinner than Apple’s MacBook Air and will run on Intel’s Skylake processors.

These processors have already been used in products like Microsoft’s Surface Pro 4 and the Surface Book. The new models will likely to have similar features like the singular USB Type-C port which will be shared for connectivity and power.

The MacBook has been very popular among the users for its impressive design and durable nature. The 12-inch MacBook model is based on the Intel’s fanless Core M processor.

Apple May Introduce MacBook 13 and 15