App Development by the Numbers: Will the Bubble Burst in 2018?

Such a snippet of information also invades the territory of smartphone applications. The market projections concerning apps are of particular interest to app addicts and businesses that pursue mobile app marketing.

App Development by the Numbers

Moreover, as the app ecosystem turns ten this year, the hype of its growth prognosis is rich. The winds seem friendly though.

For instance, Alibaba unveiled that mobile marketing bestowed 79% of its total transaction value made from China’s retail market in 2017. This shines a bright light on the app development future.

Here is a compilation of numbers concerning app development:

As long as smartphone usage is extensive, app usage will continue, as apps take close roots in such handheld devices. Statista forecasts that the rate of smartphone penetration will increase in 2018. It will crawl more than the 36% marker, which is up from 10% infiltration rate in 2011.

China, India, and the United States are pointed as countries with the highest number of smartphone users.

The worldwide number of smartphone users is also anticipated to kiss the zenith at 2.5 billion in 2019. Although China will witness the highest number of the handheld devices’ users, the US is also viewed as an important market.

In 2017, there were 223 million individuals in the US that used smartphones. By the next year, these numbers are projected to grow to 247.5 million.

Other portable devices that set the platform for apps are tablets. Zenith’s Mobile Advertising Forecasts 2017 doesn’t see the market for such gadgets growing. But it isn’t falling either.

In 2018, the infiltration of tablets is expected to stabilize at roughly 20%. These numbers show that the main platforms for apps are not going to slow down in the imminent future.

The year 2015, witnessed the balance tipping in favor of mobile internet instead of desktop internet users in the US.

This is good news for apps that aim at providing convenience to the users. Figures indicate that app downloads stood at 149.3 billion in 2016. Statista expects these number to strike the 352.9 billion pointers of app downloads by 2021.

There are 30,000 plus new applications that are shelved in the iTunes App store on a monthly basis.

In addition to this whopping figure, there are other applications written to compete leading platforms such as Windows and Android. By mid-2016, there were roughly 130 billion and 65 billion app downloads from the Apple app store and Google Play, respectively.

By picking on the trend train, total app downloads from Android were 50 billion in 2015 according to Benedict Evans.

The number summed to 90 billion app downloads from the Play Store in 2016. This sketches a graph with a slope that is steadily going up. According to Statista’s projection, the number of mobile applications’ downloads is to continue growing with 74.7 billion downloads in the US only in 2021. This supports app development and further confirms that the bubble isn’t going to burst just yet.

As of March 2017, the Apple App store, which started off with 800 apps in July 2008, provided 2.2 million apps. It has become the second-largest store for apps after Android Play Store that held 2.8 million apps in March 2017.

Apps also pursue a fast pace as new ones are added regularly. In October 2017, approximately 50,000 and 150,000 new apps were launched in the iTunes store and Google Play, respectively.

Gaming apps such as those developed by AirG have contributed to the increase in downloads. Mobile games add significantly to the growth of the applications with recorded revenue of $30.1 billion generated in 2015. In fact, Android users play 30% more gaming apps than Apple users.

Non-gaming apps that chip in downloads the most are WhatsApp, Google, and Facebook. Downloads of finance-related apps outpaced all other non-game app categories in 2017.

E-commerce apps including mobile applications that allow ordering food are also doing well in the app horizon. These categories are to maintain this progress in the current year.

Health mobile applications are also blossoming. The mHealth industry is foretold to swell by 33% to $60 billion by 2020.

Local content and travel apps remained the favorite among Android users at 95.8%. Statista also previses the apps to generate $189 billion revenue via in-app advertising and app stores by 2020.

It’s easy to hoard smartphone apps since several are free of cost but it’s the usage that matters most.  Guy Rosen, the chief executive of Onavo, points out that half of the people downloading a common app use it not more than once or twice. The company also estimated that only 1000 apps had around 50,000 users.

A recent report by App Annie reveals that people are spending more time on apps than ever before. It shows that individuals use more than 30 apps on a monthly note. Average nine apps are used on a daily basis routine as per the report.

This research is in sharp contrast with previous such surveys. Forrester Research in 2015 indicated that only five apps saw heavy usage, where consumers spent 85% of their time.

A similar report by Nielson noted that only 26-27 apps were used in total in a month. In comparison with these reports, it is clear that use of apps has increased. In the US, users spend an average of over two hours and fifteen minutes on apps per day.

Customer spending on applications is also envisioned to increase in the present year. A new report highlights that customers’ expenditure will jump $110 billion in 2018. This number is a 30% increase from the past year.

The greatest spending in the app ecosystem will channel from gaming applications. However, the new wave of monetization in the form of in-app subscriptions has started to leave a mark on consumer spending on non-game apps. Nonetheless, the report outlines that dollars spent on non-games will climb up.

Consumer investment in streaming video apps has encouraged an incline in consumer spending.

These have accounted for 85% increase in iOS and higher than 70% on the Play Store. These numbers are pictured to increase too. The same applies to the ballooning of e-commerce apps.

The global app universe is imagined to be worth $6.3 trillion by 2021. This will be a jump from $1.3 trillion in 2016. During the same time, the user base is also foreshowed to snowball from 3.4 billion app users to 6.3 billion. 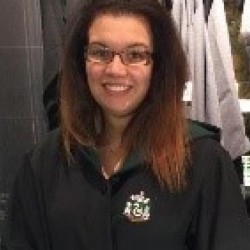 Alma Causey
Alma Causey is a Freelance writer by day and sports fan by night. She writes about tech education and health related issues. Live simply, give generously, watch football and a technology lover.