Dissipating one popular notion that SUVs are typically those big 7-seater cars that are best suited for you only if you have a big family, the modern day SUVs have shown that there is lot more to an SUV than just its size.

These modern day SUVs are not essentially 7-seaters, though some cars, like the Mahindra Scorpio, have carried the 7-seater model for many years now. Going by its name, this segment of cars should essentially be more powerful and should be evidently sturdy in its exterior aspects as well.

And thus comes in the quest of finding the perfect SUV with the right blend of power and style. If you are out in the middle of acquiring a good SUV for your family, this is where you will find the 5 Affordable SUVs in India which gives you the best value for money.

Ford has launched the Platinum version of the EcoSport available either with the 1.0-litre EcoBoost engine or with the 1.5-litre TDCi diesel motor. The new Ford EcoSport 2017 gets 17-inch alloy wheels with thicker tyres. It comes with a blacked-out roof and includes a few tweaks on the front and rear bumpers. Inside the cabin, the car gets an 8-inch touchscreen infotainment system which supports DVD playback, has built-in GPS navigation system and also acts as the monitor for the newly installed rearview camera. The car also includes cruise control and comes with six airbags. 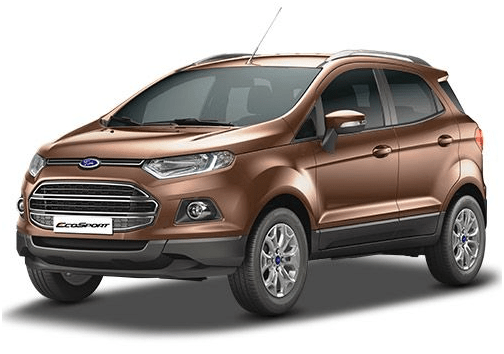 The facelifted EcoSport has minimal design changes, especially to its front profile. In the interior, the cabin is modified with some changes, featuring with Ford’s latest SYNC 3 infotainment system which supports Google Android Auto and Apple CarPlay. In the Indian market, the faceliftedEcoSport is likely to remain unchanged mechanically and is priced between the range of 6.75 lakh to 10.24 lakh. The new EcoSport will come with the existing 1.5-litre TDCi diesel along with the 1.5-litre Ti-VCT and the 1.0-litre EcoBoost petrol engine options.

The Hyundai Creta is based on the same platform as the new i20 and is attractive for its synchronous design and well-balanced body. It is marked as one of the India’s fast-growing compact SUVs. Several components of the Creta match with the premium hatchback models. Priced between the range of Rs. 8.59 lakh – Rs. 13.60 lakh (ex-showroom, Delhi), Creta became one of the bestselling SUVs in India when launched. 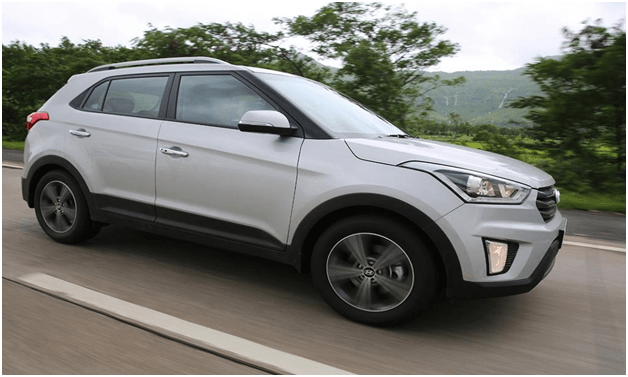 Being a Hyundai, the Creta is equipped with features which are observed in the vehicles above this segment and the choice of engines ensure that the Creta is matched perfectly for every individual’s need.

When you look at models like Creta, you can say that SUVs in India have improved in terms of design. Hyundai Creta range includes a petrol unit and two diesel engines. The engines include a 6-speed manual gearbox as standard and a 6-speed automatic gearbox as an option in both petrol and diesel variants. The 1.6 diesel variant also has an automatic version, and there’s no 4-wheel drive.

DO NOT MISS:   A List Of 7 Brilliant A/B Testing Tips!

Apart from the attractive exterior, the Creta comes with plenty of premium features like projector headlamps, front grille, rising waistline, LED DRLs, stylish tail-lamps, SUV-style under-body on the outside and a spacious cabin with touchscreen infotainment system, steering mounted controls and comfortable seats in the inside, which make it an appealing vehicle.

The company has already received 1 lakh bookings within just 8 months. The styling in Hyundai Creta’s fluidic sculpture 2.0 design provides an updated and premium look to their compact SUV, which is another reason why the company has received an increase in demand of this vehicle.

The Renault Duster has been launched in India at a starting price of Rs. 8.46 lakh (ex-showroom, Delhi). Launched at the Delhi Auto Expo, the new Duster receives new ‘CMO10’ & ‘T4 E&E’ architecture, and gets over 32 new technical updates. Though, the main difference comes with a new 6-speed AMT (automated manual transmission) gearbox which makes it Renault’s first car to be featured with an AMT gearbox, which means Renault wants to drive away all your traffic woes. 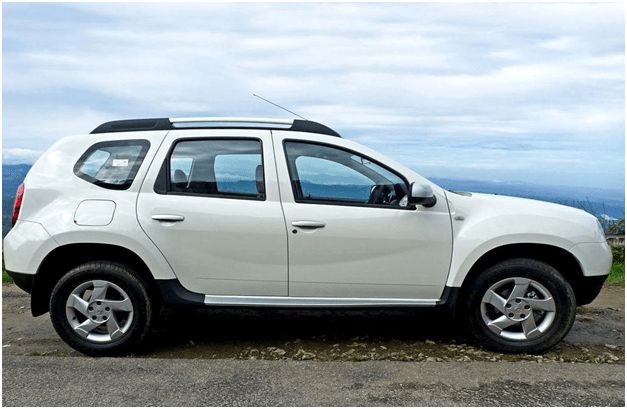 There are no major mechanical changes made to the car but the tweaks on the front bumper and the interiors make pretty much difference to the appearance of the new Duster compact SUV.

The Mahindra Scorpio has been quite famous among SUV buyers since its first launch in 2002. Priced within the range of 8.70 lakh to 13.47 lakh, the new Mahindra Scorpio currently sells near about 4000-5000 units per month. However, in September, 2014 it got a new platform, transmission, features, interior design and slightly changed exteriors. 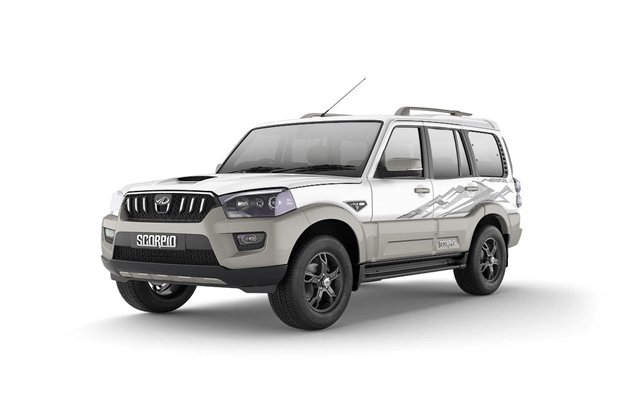 The Scorpio Adventure comes with a dual-tone colour theme, white body paint and mist silver plastic cladding all around. Also, the front and rear bumpers get the same silver treatment to complete the dual-tone outlook. The body paint is coated with ‘Adventure’-themed decals, 17-inch alloy wheels with gunmetal finish and red brake calipers, turn indicators on ORVMs, smoked tail lamps, triple jet windscreen washer and a rear-view camera. The cabin inside is included with dual-tone faux leather seats.

The mHawk Diesel engine gets a capacity of 2.2 L with 4 cylinders that delivers 120 hp of power. To improve fuel efficiency, the engine is based on the Bosch Common Rail system with solenoid injectors and fuel spray design. The mHawk engine is equipped with a two chain drive stage system and hydraulic lash adjusters.

The Nissan Terrano compact crossover,  which was launched first in the year of 2013 and is priced within the range of 9.99 lakh to 12.17 lakh, is considered to be one of the most affordable SUVs among the SUV lovers. The 2017 Terrano is another compact SUV which adds much needed upgradation to the Terrano.

DO NOT MISS:   How to Improve Marketing with Interactive Content? 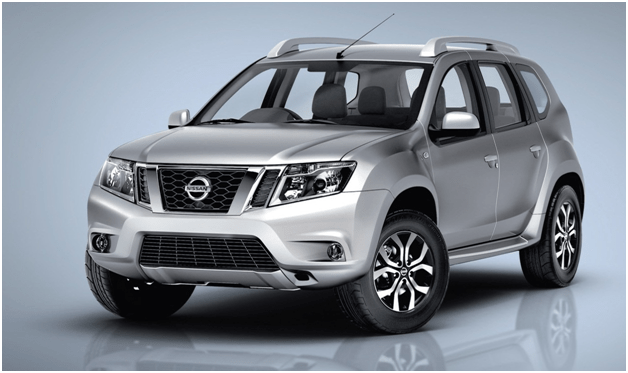 Nissan mainly has given priority on the looks of the Terrano. The grille is made of chrome with trapezoid chrome strips on either side of a bold logo and dual-barrel square headlights with blacked-out insides. The extended wheel-arches make the Terrano look aggressive, differentiating it from most of Nissan’s models in India. The rear end gets a chrome garnish to add a premium feel, but the appearance is rugged with roof rails and silver skid plates.

The top-end version of the Terrano gets 10-spoke petal shaped alloy-wheels, and they do feel premium. The interiors of the Terrano look familiar to the Duster. The equipment list is also alike with the Duster including the one-step driver height adjust and orange backlight for the instrument cluster.

It has a rear AC vent that offers comfort of passengers. The Terrano gets a beige-brown combination that makes the cabin look spacious. It gets ABS-EBD-Brake Assist, driver side airbag, music system and front fog lamps for the base petrol variant and the higher trims get dual front airbags for safety purpose.

The Nissan Terrano comes in both petrol and diesel variants. The diesel version is powered by the same 1.5-litre dCi engine and the petrol XL variant gets the 1.6-litre four-cylinder unit churning out 102 bhp and 145 Nm of torque. Nissan has not fiddled around with the engine tuning or the suspension setup which means the riding and handling of the Terrano is exceptionally good.

Choosing any car is difficult, be it any segment, hatchbacks, sedans or SUVs. But yet, finding an SUV often turns out to be a much more difficult task because it brings along proper and detailed analysing of personal needs, preference, best available options and affordability. A core nuclear family opting for an SUV should always, suggestively, buy a 5-seater, while people with bigger family have to, obviously, choose the bigger 7-seater.